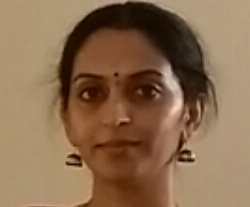 Malini is a Senior IT specialist with more than fifteen years of experience working at IBM. She brings this rich IT experience to Mayur as a recently nominated board member. She has been a dedicated adult student of Odissi dance for ten years and is also a parent of an equally dedicated student at Mayur … Read More 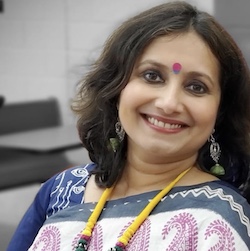 Arunima has been learning dance at Children’s Little Theater since age three. It was at CLT that she started training in Odissi under Guru Arundhati Roy and continued with her for next several years. She has also completed her Sangeet Prabhakar diploma in Odissi. She continues to train in Odissi with Guru Sukanya Mukherji and … Read More 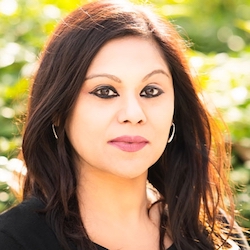 Paroma Sanyal is an economist and senior consultant at The Brattle Group. Prior to joining Brattle, she was the Chief Economist at the US Federal Communications Commission’s Wireless Bureau, before which, she was an academic. Paroma is a founding member of Ta Thoi, a cultural organization in the DMV area focused on dance and social/ … Read More 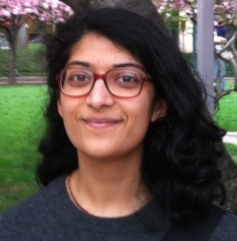 Mishka is a dancer and teacher at Mayur. She has performed with the Academy and the Company at all kinds of venues domestically and abroad over the last 25 years. At Mayur, Mishka loves teaching the endlessly enthusiastic students and helping to put together their performances; she also enjoys the challenge of choreography, especially to … Read More 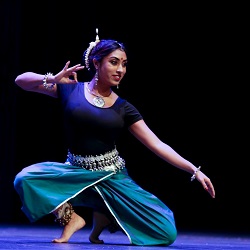 Antora is a professional dancer and performer classically trained in the Indian classical dance style of Odissi under the tutelage of Srimati Sukanya Mukherji—artistic director of Mayur Dance Academy and Company. Antora began her training at the age of 6 after she moved from Bangladesh to the US with her family. She grew up being … Read More

Rakhi is a dedicated dancer and a junior instructor at Mayur. She was trained under the instruction of Smt. Sukanya Mukherji for more than ten years. At first, dancing Odissi was simply a hobby. Over the years, the art soon became a passion that she could not live without. At Mayur, she enjoys learning new … Read More 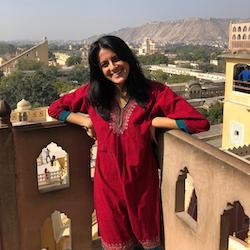 Anjelica has been training in Odissi under the instruction of Smt. Sukanya Mukherji at Mayur Dance Academy since 1999 and became a Junior Instructor in 2018. Anjelica has participated in workshops with Sujata Mohapatra and enjoyed a life-changing summer intensive in Delhi, India with Madhavi Mudgal. She appreciates the expression of emotion, character, and narrative … Read More 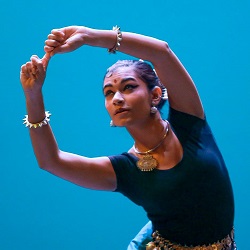 Sree is a Company Dancer with Mayur, and has trained for over 20 years in the classical Indian dance style of Odissi under the direction of Sukanya Mukherji. Sree also has extensive training in the style of Kuchipudi under Anuradha Nehru, and has enjoyed numerous workshops and intensives with Sujata Mohapatra and Kishore Mosalikanti, among … Read More 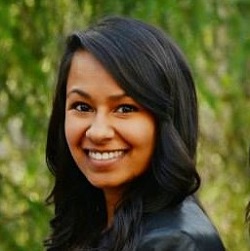 Esha currently lives in Los Angeles where she works as a financial analyst at UCLA’s David Geffen School of Medicine. Prior to relocating, she worked as a healthcare consultant at Huron Consulting Group in Washington, D.C. Esha Sirkar has been a part of Mayur Dance Academy since the age of 4 and became a company … Read More 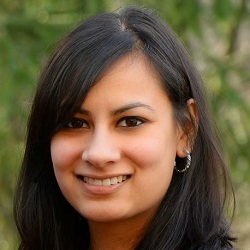 Rhea has been learning Odissi as a part of Mayur Dance Academy under Srimati Sukanya Mukherji since it was formed in 1993. She was one of the founders of Mayur Dance Company in 2008 and performed with the Company during a 2011 tour which included “Nritya” at the 2011 International Odissi Festival. She currently serves … Read More 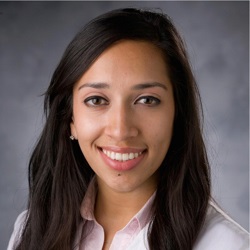 Uttara has danced with Mayur since its inception in 1993. She is also trained in ballet and modern dance, and has experience in a wide variety of other American and international dance styles. She enjoys having dance parties, watching international soccer, and finding impractical travel destinations. Uttara is currently a surgery resident at Duke University. 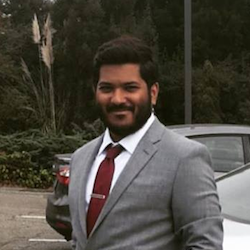 Ishaan is a lifelong friend of Mayur, and a software engineer in Washington, DC. While he did perform in several shows as a child, his dancing has taken a back seat to helping with any technical or logistical challenges Mayur faces 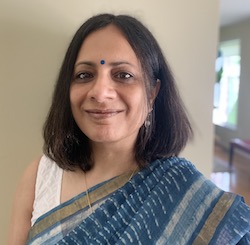 Jayshree is the parent of a Mayur student. She never learnt dance but is captivated by Odissi. Jayshree is hopelessly addicted to Masterpiece Mystery!, in her spare time she works as a Principal Programmer for an Aerospace company.

This team of young dance enthusiasts is helping us enhance our web presence and organize decades of material about Mayur.